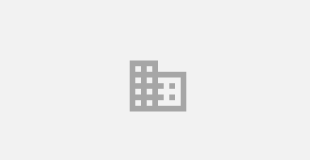 In the late 1940s, VFMC re-opened its doors. Initially, it met in a cafeteria at the Venice hostel on Braddock Drive, Los Angeles, and then it built a chapel at the current site. Over time, the English language ministry to Japanese Americans grew, and VFMC also maintained its Japanese language ministry, known as the “Nichigo Division.” In the mid-1980s, the old building was demolished and the current building was built. When VFMC was re-opened, having moved from Santa Monica to the Venice area, its name became Venice-Santa Monica Free Methodist Church. In 2016, the church shortened its name to Venice Free Methodist Church or “VFMC.”

In 2001, VFMC adopted a Master Plan with a church Vision Statement: “A Community Growing in Christ.” Its vision expanded to reach all on the west side of Los Angeles for Jesus. VFMC’s mission is to “Love God, Love Others, and Make Disciples.”

VFMC has a historical connection with the Japanese and Japanese-American communities. VFMC continues to believe it is important to continue its ministry to these groups of people. VFMC also acknowledges the changes in the constituency of the church and has broadened its focus group to include the wider range of Asian-Americans on the west side. In recent years, responding to the direction VFMC believes God is providing, VFMC has expanded its focus to also include people of all ethnicities.

VFMC welcomes all persons of all ages, races, gender, and social status into the fellowship of our church. We embrace each person with open arms and invite all into a saving relationship with God through our Lord Jesus Christ, and to membership in our church.

We are a friendly community of people from all walks of life and backgrounds who are seeking to know God more intimately and experience his presence through authentic worship.

About the Lead Pastor:

The Lead Pastor will be a teaching shepherd for this body of believers, with primary responsibility for teaching God’s Truth exegetically. The Lead Pastor will provide leadership and mentoring with the pastoral staff, incorporate the values and beliefs of the Free Methodist within the church and community, and helping each congregant to grow to spiritual maturity.

The Lead Pastor's Responsibilities Include:

Biblical example: who doesn't avoid conflict, isn't a people-pleaser
Disposition: is decisive, inspires others toward a vision; knows the congregation needs to be committed and involved
Character: is mature in Christ, beyond reproach, and fulfills the moral/ethical calling as a Shepherd of the Church
Vision Caster: be the main voice of casting vision for Venice Free Methodist Church  as a church and as a voice in the community
Shepherd: have the heart and discernment to shepherd a congregation as they grow together.

Provide dynamic and applicable preaching of God’s word on Sunday mornings and special services.
Responsible for prayer, preaching, administration of the sacraments, and benediction during the church service.
Lead and promote spiritual growth within the church.
Shepherd the congregation.
Teaching:

Ensure that the teaching of the church in all ministry areas is consistent with God’s holy word.
Develop other capable teachers and preachers of God’s Word within the church.
Provide oversight of weddings, funerals, and other special occasions. Includes responsibility for premarital counseling, etc.
Vision:

Cast, develop, initiate, and drive the strategic vision of Venice Free Methodist Church in partnership with the denomination.
Seek to grow more disciples willing to serve faithfully in ministries to support the growing church.
Community Outreach:

Consistently communicate the salvation message as part of their teaching

Be an excellent communicator of God’s Word.
Be Biblically sound.
Have the heart of a Shepherd for the congregation and the community.

Energized by being around people.

What it's Like to Live in Culver City, CA:

Culver City is adjacent to Beverly Hills (to the north) and Inglewood (to the south), near downtown Los Angeles. From its inception and then incorporation by Harry Culver in the early 1900s to the renovation and revitalization of its downtown that began in the 90s, Culver City is a city rich with motion picture, television, and aviation history. Metro Goldwyn Mayer built their studios there in the 1920s; the facility later became Sony Pictures Studios. Howard Hughes opened his Hughes Aircraft plant in 1941 - at one time, it was the largest employer in Los Angeles. Sony Pictures Entertainment is Culver City’s largest employer to date.

Downtown Culver City is a charming collection of outdoor cafes, unique shops, galleries, and nightlife opening onto tree-lined boulevards perfect for an afternoon stroll. Striking landmark buildings are home to a vast array of entrepreneurial businesses and creative enterprises, along with a wide selection of services for local residents. It boasts a City Hall of stunning architecture, as well as the “Shortest Main Street in the USA”. Book-ended by entertainment powerhouses Sony Studios and The Culver Studios, Downtown Culver City is a perfect combination of small-town charm and urban living - truly Los Angeles' best-kept secret!